Recent months I have been positively surprised on sheer amount of articles and public discussion around autonomous and unmanned vessels.

The topic is not only discussed by few experts deep in the R&D bunkers but companies are coming out with bold statements and visions on their future concepts.

Same time Wärtsilä is making its first public statement towards unmanned vessels in it’s TwentyFour7 magazine article – “Slow steam ahead!”. The article is  discussing how ultra slow steaming for an unmanned vessel could be viable alternative and showing a picture of a cargo vessel without navigation bridge.

This is great! People are talking, new ideas are evolving and barriers are resolved!?! But is it really so – are these companies really preparing the road towards autonomous vessels?

The interesting thing with new technology allowing new solutions to be developed is that many times the innovation starts outside the existing environment.

Autonomous vessels will come, but they for sure will not come in the form and function of a cargo vessel as we see it today. It is not enough to envision a ship without a bridge – one needs to re-think entire business model.

Autonomous vessels will come, but they will not come in the form and function of a vessel as we see it today.

Few examples where and how the change could begin: 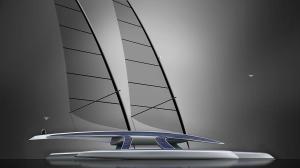 It will be interesting decade ahead for shipping due to technological development in hardware, software and power sources. Big opportunities are up for grabs for the bold and agile companies taking advantage of the change! Do not think out side the box, forget the damn box and envision how unmanned vessels can make tomorrows world a better place!